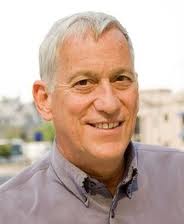 Walter Isaacson, the biographer whose book on Steve Jobs was such a sensation last year, made an interesting comment the other day that got me really cranked up at first.  He was recalling a conversation he once had with Jobs about passion.  “We talked about the fact that it isn’t just about your damn passion,” Isaacson reportedly said, “it’s about doing something larger than yourself.  It’s about serving this world, helping others.  So if you have a whole generation of people [who’ve been] told, ‘Oh, just follow your passion,’ they’re going to forget that there’s some purpose in life.”

Of course, when the story was released, it went out under the somewhat misleading and certainly manipulative headline, “Isaacson:  It’s not just about your damn passion.”  When I first saw that headline, I was instantly incensed and had to know more.  Which goes a long way towards explaining why the media likes to be somewhat misleading and certainly manipulative.

I haven’t read Isaacson’s biography of Jobs yet, although bought me a copy for Christmas last year (curse you, !), but I did read an earlier biography he wrote about Benjamin Franklin, which I thought was absolutely terrific.  In fact, based on that biography, I wrote an essay in which I compared to the game of baseball.  I know that probably sounds weird, especially seeing how predated the game by fifty or sixty years, but trust me, it was a good essay, and it made a valid point somehow about the balance between individual and community.  If anyone’s interested, I’ll clean it up and post it sometime.  I should do it anyway, if only because I find the visual image of in a Phillies uniform holding a bat irresistibly entertaining.

Anyway, for the record, I agree completely with Isaacson when he basically equates serving others as being a person’s highest purpose in life.  I actually believe that.  But I also believe that passion has a place, an absolutely necessary and integral place, in how to best serve others.  Let me give you an example from my own experience.  I spent four years as a teacher.  I changed careers at thirty-eight because I thought I was finally ready to respond to my highest calling, which I believed was to teach teenagers how to improve their reading and writing.  For those four years, I served those high school students as best I could.  I loved and cared about the students that I taught, and I loved and cared about the people that I worked with.

Yet, by the end of those four years, I was more miserable than I had ever been in my life.   It took a lot of soul-searching, but I finally figured out that, without passion, serving others can still lead to unhappiness – profound, existential unhappiness.  Even though I loved almost everyone I was around, I was miserable being a teacher.  I had no passion for teaching.  Not in a classroom.  Not that way.

Now, maybe there’s just something wrong with me.  Trust me, I’ve considered that possibility often.  But from that experience I learned that you can’t force yourself to serve a higher purpose; it has to be done willingly.  In fact, pure passion is about the only thing that will get me to willingly do more than I absolutely have to.

During an interview I did with Dorina Groves a few months back, she showed me a tattoo on her arm which says, “Purpose produces passion.”  I think many of us, Mr. Jobs and Mr. Isaacson included, would agree with that basic premise, if not perhaps the idea of stitching it into your skin for all eternity.  But I also think the opposite is just as true, that passion produces purpose.  I think the two are inextricable.  I think that passion exists to lead us to our purpose, to lead us to a greater awareness of our unique reason for being here, and to lead us to discover the work that is ours to do.  Whether you start with passion or start with purpose isn’t anywhere near as important as just starting.

I guess maybe the reason I took issue with Isaacson’s words was because I couldn’t conceive of passion in a way that doesn’t ultimately serve others.  To me, the two are intrinsically connected; they’re part of the same whole.  But maybe we just define passion differently.  For instance, someone who plays X-box all day long, to the neglect of his (or her; but let’s face it, mostly his) responsibilities, relationships with family and friends, and personal hygiene could be said to be passionate about video games.  Now I’m not judging anyone in particular, but it’s difficult to see how that passion for playing video games is doing anything to help others, or to serve a larger purpose, as Isaacson suggests.  And I’m not sure whether that kind of behavior can rightly be considered a passion in its true sense.  In the end, I guess I believe that many of the things we call passions are really distractions in disguise.

In my experience, true passion always wants to lead to something bigger, something that moves you beyond your internal selfish interests, urges you to keep learning and growing, and bids you to share its fruits because to contain it all to yourself is pointless.  True passion inspires you to create, to act, to build, not just for yourself, but for others as well.  Feel free to use that if you want to help tell the difference between a passion and a distraction.

So I left the teaching profession, and now I’m a writer.  Wait, you say, not so fast.  How can you lecture to us, you wonder, when you left teaching to become ‘a writer?’  Is there an occupation more selfish, more self-absorbed, and more self-indulgent than that of writer?   How, you ask, does that square with all this high-minded talk of serving others and higher purposes?

And here is where I throw myself on the mercy of the court, because I don’t know that I have a satisfactory answer.  Writing is selfish, and can be self-indulgent, especially the kind of writing I do, which is mostly foisting my wayward thoughts, observations, and opinions unapologetically upon an unsuspecting world.   But here’s the thing.  Usually, just as I’m preparing to flog myself to death with my trusty cat-o’-nine-tails of guilt, I’ll get a message in the form of an email, or a comment, or a conversation, that something I’ve written has touched someone else, has reached them in a meaningful way.  And I have to hold on the self-flagellation, and ask myself, Isn’t that a form of serving others, too?

Much of what I write is based on things I see, or notice, or feel, that I don’t hear other people talk about.  Instead of assuming that these things exist only for me, I write based on the assumption that these experiences are shared.  Much of what I choose to write about is a celebration of the good in things, because I think too much passes unrecognized through the maelstrom of daily life. 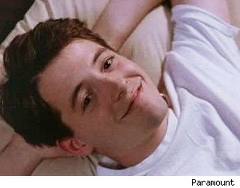 That wise old sage, Ferris Bueller, said it best:  “Life moves pretty fast. If you don't stop and look around once in a while, you could miss it.”  I see my job as doing the stopping and looking around, and appreciating what’s there, in the hopes that others might start doing the same.  I do it because I feel like that’s what I’m supposed to do, and I’m very passionate about it.  I also think that expanding the way people look at things, or bringing a slightly different perspective can be valuable; it can open up new ideas, new paths, new directions.  To me that’s a good thing, a helpful thing, maybe even a higher purpose thing.

Simply put, passion is the universe telling you that you have a job to do.  Ignore the universe at your own peril.  Maybe our responsibility as individuals is to avoid the distractions, discover what those great passions are, and then find a way to manifest them in our lives somehow, some way.  If my theory is right and you get the passion part right, the purpose will follow like day follows night.  Further, if you’re doing what you were put on this planet to do, then many people benefit, even if it’s only because the number of unhappy people in the world is reduced by one.   After all, studies have shown that unhappy people are one of the leading causes of misery in this world.

So yes, Mr. Isaacson, I agree; it isn’t just about your damn passion.  Neither is Steve Jobs just about Apple, nor Benjamin Frankin just about French ladies.  But they’re pretty important to the narrative, aren’t they?   Take those things away, and those two people become a lot less interesting to write about, no?

Okay, so then maybe we can just agree that like peanut butter and chocolate, passion and purpose are two great tastes that taste great together.