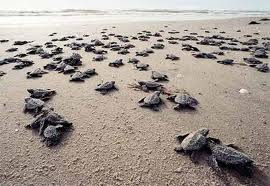 Not many of us are fortunate enough to make it through our childhoods unscathed.  By the time we reach adulthood, it seems the vast majority of people have managed to seriously screw themselves up, or have had someone else do the honors for them.  To me, when I think of making it safely from childhood to adulthood, I always think of the baby sea turtles, and the mad scramble they have to make from their nests, across the beach, to the sea.  Defenseless, they awkwardly scratch their way with single-minded innocence towards the water.  Meanwhile, the predators come at them from every angle, diving, pouncing, clawing, pecking, spearing, gorging.  We’ve all seen it happen on those nature shows on TV.  “Only 1 turtle out of every 100 eggs hatched,” the solemn voice of the narrator tells us, “will make it to maturity.” 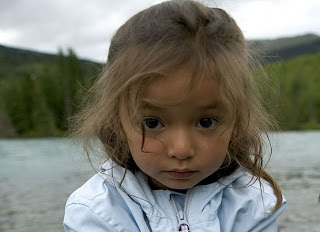 Actually, I think those are pretty good odds compared to a kid making it to adulthood completely intact.

Like I said, the vast majority of us were screwed up or screwed with somewhere along the way, and so we arrive at adulthood at least a little twisted.  The damage done may have been accidental; it may have been intentional.  It may have been external; it may have been self-inflicted.  We may have suffered physical damage, emotional damage, spiritual damage, or any hybrid of the three.  We may have screwed ourselves up, or maybe it was our parent, sibling, friend, teacher, cop, preacher, or stranger.  There are a hundred million possibilities, and infinite combinations.
One of the biggest tasks of adulthood is trying to figure out the bad things that happened to us as kids.  We really have a responsibility to try our best to understand the evil that befell us in our innocence, and then work like hell to try and do what is needed to overcome it.  Why?  Number one, because you’ll feel better, and that’s important.  Supremely important.  But let’s say you don’t care about yourself, or about being happy.  Why should you make the effort then?  Because you being screwed up affects everyone around you, everyone who enters into or passes through your orbit, whether that’s someone you love, or someone you work with, or someone you pull up next to in a car.  If you go through life screwed up, you only assure that someone else out there is going to end up screwed up as well.  That’s how it works.  In fact, that’s probably how you got screwed up in the first place, because someone else wasn’t able to stop being screwed up.  You already know how that feels.  Do you really want that for anybody else?

I think a worthy goal for all of us in life is basically to unscrew ourselves.  The good news is that it can be done.  No matter who or what screwed you, there is a way to unscrew it.  Think about it.  Screws don’t just appear in place; they need a driver to put them in.  Every screw that goes in can be backed out again. You may need wood putty, some sandpaper and a whole lot of elbow grease, but you can make it like new.

Many times what happens in life is that when we come into conflict with someone, our instinct is to become defensive, or to lash out at the other person.  We get in their faces, and end up telling them, with an endless variety of descriptive phrases that is a tribute both to the elasticity and inclusiveness of the English language, to go “screw themselves.”  Well, when you do that, you know what’s going to happen, don’t you?  If they actually take your advice, it’s only going to add to the population of screwed up people.  Which, we’ve already established, we don’t want.  I say, let’s change the way we react in these situations.   Instead of saying “Screw you,” why not give them a really good piece of advice and say, “Unscrew yourself.” Imagine the look of confusion as that person first has to stop and figure out what you just said, and then watch their minds lock up as they work really hard to find the insult hidden in the words, but can’t, because there isn’t one.  The entertainment value alone should make this worth a try.  I don’t get into many confrontations, but the next time I’m in one, that’s going to be my response:  “Unscrew yourself.”  I’ll let you know what happens.  But why wait for me?  Why not try it too?

And for those special people out there who have actually managed not only to identify the source of your screwed-upness, but figured out a way to truly overcome it and move on, you have my utmost admiration and respect.  I know enough about the process to know that it’s extremely difficult, lengthy, and often painful work.  That you demonstrated the perseverance and fortitude to accomplish such an arduous task says a lot about who you are.  Celebrate your victory, and proclaim your unscrewedness to the world.

Hey, that gives me an idea:  we live in a T-shirt culture, why not take advantage of that fact?  Why not make up some T-shirts that say “unscrew yourself,” to help spread the word that being screwed up is not your fault, but staying screwed up is.  We could also make an "unscrewed" version to celebrate those who have accomplished this great feat.  What a statement they could make!  Ooh, it gives me chills just thinking about it.  Drop me an email, facebook me a message, or post a comment.  Should we roll with this?  Let me know what you think.
Posted by Kevin Thorson at 8:23 AM