I hate when that happens 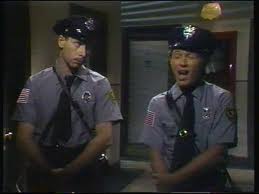 If you’re old enough, you may remember a series of Saturday Night Live skits that were popular back in the mid-80’s.  They featured Billy Crystal and Christopher Guest as Willie and Frankie, two pals who work as overnight security guards in a big office building in the city.  They pass the time describing to each other the odd, elaborate and excruciating ways they have found to inflict pain on themselves in their spare moments.  What makes the skit funny is that they talk about these intentionally masochistic acts as though they were simple accidents, much like walking into a glass door, or stubbing a toe.  And each vividly rendered description of self-inflicted suffering ends with some variation of, “Oooh, I hate when that happens…”

Note:  Here you can read this transcript of one of the 'I hate when that happens' sketches.  Or, you can watch a different one via hulu.

I always liked those sketches, not because I enjoy rolling in razor wire and then soaking in a hot tub filled with Listerine in my spare time, but because it does kind of point something out about human nature.  About how sometimes we take things which are completely external to us and make them personal, and then proceed to hurt ourselves with them.


Let’s say you’re in a crowded place where everyone is seated.  It could be your child’s musical production, or church, or a corporate seminar on the subject of proper lifting techniques.  You get the idea; anywhere like that will do.  Let’s say it’s a movie theater, because I like movie theaters.   Okay, so you’re in the movie theater, and the movie hasn’t started yet.  In fact, the theater is playing that ubiquitous Jason Mraz song, and on the screen is the same rotating set of seven or eight of trivia questions, one of which is asking which of the following actors was originally approached to play the role of Indiana Jones in Raiders of the Lost ?     a)  Sean Connery     b)  Al Pacino     c)  Tom Selleck     d)  Benji.  Well, you’ve seen those questions, and the answer, eighteen zillion times, not just since you sat down, but before every movie you’ve seen over the last six months, so your attention is anywhere but on the screen.  You might notice a few of the people as they come in, especially the ones looking for seats in the upper reaches of the theater, who are slowly rebuffed all the way down until they have to settle for one of the first three rows.  It’s pretty much a packed house.  But you’re not really focused on anything in particular; you’re just casually observing the entire scene, waiting for the movie to start.

Well, it randomly occurs that your vision happens to be in the vicinity of a woman maybe five rows in front of you who suddenly turns to look behind her.  Your eyes, which were not on this particular person to begin with, are, however, attracted by the quick movement of her head, and since you were already looking in that general direction, by the time the person’s head is turned all the way around, your eyes are there first.  It creates the appearance that you’ve been staring at her.  Of course, you look away almost immediately, not wanting her to think you’ve been fantasizing about the back of her hairy head, which, let’s be clear, you haven’t; but she must think you have, because her silhouette is visibly disconcerted when she turns back to face the front.  She leans towards her boyfriend, or husband, or brother, or whatever, you don’t know, nor do you care, and whispers something.  He nods in a subtle, but not-so-subtle-as-to-not-be-noticed-especially-by-the-creep-she’s-claiming-offense-from way, and, after a pause, he twists his head back to see if he can locate you.  You catch this out of the corner of your eye, but you’re being very careful to avoid directly looking at their half of the theater, because you don’t want to create what is known in life as ‘a situation.’

But now you’re uncomfortable because it’s obvious that some strange person thinks you’re a strange person.  You can’t wait for the lights to go down because it’s very difficult to remember that you can only look at half a theater.  You think back about the kind of expression you would have had on your face when your eyes met, and how it might have looked to her.  You were smiling, you think.  And you’re pretty sure you were smiling in a relatively innocent, genial way; after all, you’re genuinely happy to be there, and looking mean or grumpy or sadistic would just take too much effort.  Then you start to think about your innocent, genial smile, and wonder if what you have always assumed to be a generally benevolent grin comes across to other people, especially the opposite sex, as some kind of leering, predatory smirk.  That would explain why you never had many dates as a teenager.

It takes a few minutes to decide that you couldn’t have looked as horrible as you’re now certain you looked.  Then there’s some kind of disturbance in the theater; a sudden noise like someone dropping something, or maybe a strong burst of laughter, or a loud sneeze.  Distracted by the sound, you turn your head to look, and so does she, and it happens again.  Your eyes lock onto each other as if by kismet.  You start to shrug helplessly, but it’s too late; she’s whipped her head back and she’s talking to her friend again.   They have a brief but intense conversation in abbreviated pantomime, and then, remarkably, she bends forward and begins gathering her things.  They rise as one, and scrunch their way past the people in their row to the main aisle.  Your seat happens to be on the walkway that divides the front from the back of the theater, and you watch them approach in disbelief.  You don’t know if they’re just leaving, or if you, despite your best efforts to avoid it, are going to become embroiled in ‘a situation.’  Their scowling faces grow larger; you start to stammer a reflexive apology.  “I-I’m-I’m sorry…I didn’t-”

“You should be, pervert,” she says to you as they pass, marching indignantly to the exit.

Pervert? is the question that echoes in your mind long after the lights have dimmed and throughout the coming attractions.  I came into this place as a person, but I’m going to leave a pervert.  And, try as you might, you can’t concentrate on anything except for the label that’s just been placed on you by someone you don’t know based on two unfortunate coincidences.  You sit distracted through most of the film, puzzling out what she possibly could have believed you were looking at.  Please, lady, you think sarcastically, I know I look like Superman, but I don’t have x-ray vision.  And even if I did...

By the time you’re finally ready to move on, the movie has left you in its dust, and you find it impossible to close the distance.  The whole point of you being there has now been nullified, and whatever entertainment value or edification you were supposed to derive from the experience has been completely eviscerated because you couldn’t stop thinking about how you made those two people get up and leave the theater.

I hate when that happens. 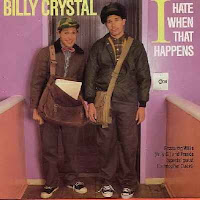 Posted by Kevin Thorson at 6:31 AM