Helpful Hints from the Annual Camper

Although I don’t like to admit it, I am an annual camper.  That means I am one of those people who take their families camping no more often than once each calendar year.  Being an annual camper isn’t the best kind of camper to be.  For one thing, you still have to acquire and maintain all the gear of a regular camper, and find a place to store it, only to drag it out for a few days of use every July.

Worse, though, is how much the useful knowledge and expertise you gain from one year’s camping trip naturally decomposes over the course of the following eleven months, three weeks, and a couple of days.  For me, the arrival of each trip is met by a disturbing lack of recall.  When I was preparing for our trip this year, for example, I found a short-handled pry bar at the bottom of the box.  I held it up, wondering why last year’s me thought it was such a good idea to have a Wonder Bar (as they are sometimes called; there's a picture of one up top) dedicated just for camping.  It’s a strange feeling, to look at a box full of stuff and know that you’ve seen it all before, but not have a clue why some of it is in there.  Fortunately for this year’s me, I erred on the side of caution and threw it back in.  Turns out that a Wonder Bar is a very useful thing to have around a campsite, for prying wood apart, or pulling nails, and it makes an excellent tool for managing a campfire, which I then remembered was the real reason I had included it.

Then there’s the disquieting sense of having to rediscover and relearn things you already knew.  Do you have any idea how frustrating it is to stare at a piece of rope and know, I mean absolutely know, that last year you knew how to tie a decent knot, but now, no matter what you try, it always ends up looking like you’ve just tied your shoelaces?

Starting now, this annual camper is going to begin rectifying this problem by writing down some of the things I tend to forget from year to year.  This way, instead of watching the nylon canopy we put over our picnic table disintegrate in one big burst of flame and then think, “Oh, that’s right.  I’m not supposed to leave the propane on while I go off looking for a lighter,” all I have to do is read over this list next year and be reminded to TURN THE @#$%! PROPANE OFF!!!

Those who camp as infrequently as we do might find some of the following hints useful.  Everyone else, I assume, is reading for laughs.

Camping Notes to Self:

Unloading and setting up usually go quicker and easier than you expect.  Savor this feeling while it lasts because it will return to mock you in four days, when it’s time to break down that same camp, and you can’t figure out how you ever got the camping table to fit in the back seat between the tent and the sleeping bags in the first place.

You will forget to pack something, and it’s very possible that the something you forgot to pack is pretty important (remember the time you forget to bring tent stakes?).  Or maybe you packed it, but left it sitting by the door (like that time with the food cooler).  For this reason, you should anticipate making at least one emergency trip to the nearest town or city (or, like the time you forgot to get the new house key to the person who was supposed to take care of the dog, home).  Remember your Cub Scout training, and their motto, “Be prepared.”  In your case, this means you should be prepared to accept the fact that your preparation skills basically stink.  Accepting this in advance may prevent you from losing valuable seconds muttering things like, “Did I remember to pack the first aid kit?” and “Bear spray, bear spray, bear spray… now where is that bear spray?!”

Since you’re used to cooking on electric burners at home, expect it to take at least three meals to adjust to cooking on a propane stove.  Until then, it’s best to hold off on the good food.  Also, don’t forget the cooking spray, unless you’ve finally decided to start working on those Popeye arms you’ve always wanted.  There is no quicker way in science or nature to inflate your forearms than by scrubbing scorched pots and pans.  I’m almost sure that’s how Rocky did it in Rocky IV. It was part of his back-to-nature training regimen, along with the hanging-upside-down-from-the-rafters sit-ups, running around with a log on his shoulders, and, as we find out later, a boatload of HGH.  For some reason, though, they chose to leave his daily round of Dutch oven scouring (and the human growth hormone) out of the final montage. 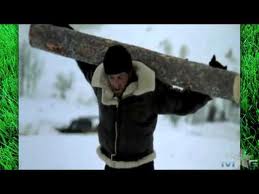 You should expect breakfast to take at least two-and-a-half hours.  When camping, everyone invariably wants bacon and eggs and sausage and chorizo and tortillas and corned beef hash and pancakes.  Notice the lack of ‘or’ in that sentence.  What happened to a box of cereal and some almost-cold milk?

Also on the subject of cooking, remember that making coffee using one of those old-fashioned percolator pots will tie up one of your burners for at least an hour.  (this one is actually new this year, because you didn’t used to need to have coffee every morning, but your 4 a.m. writing schedule has shackled you to the stuff like Prometheus.  Except you get to keep your liver, I think.)  Anyway, for next year’s trip you might want to consider investing in a single burner stove just to handle the coffee.

Don’t buy any more LED lanterns.  They’re all either too bright, or not bright enough, and besides, you already have ten of them.  One good, propane-powered lantern is worth twenty LED lanterns of any variety, although the LED ones are useful for inside the tent.  I wish I could think of something funny way to add, but sometimes sound camping advice just isn’t funny.

Skunks are not like little dogs.  Do not think that just because they come meandering through your camp like a stray dog might, or look at you with their doggy-like eyes that it’s okay to try to scratch their ears or rub their bellies.  And for God’s sake, do not try to teach them how to sit, or roll over, and most of all, beg.  They do not react well to being asked to beg for food.

Don’t forget, two bags of ice per day is just right, and two bundles of wood will give you three nights worth of modest fires, even though I know you like really big fires.

Remember that camping is not as economical as it seems.  $27 per night for the site (including $7 per for an extra vehicle), $8 for showers (that’s if you only shower once in four days, and shower in pairs), $6 per day for ice, $7 for each bundle of wood (still like really big fires?), an average of $4 per day of propane, $50 for a fishing license (and trout stamp), $50 for gasoline, $30 for yet another inflatable mattress, and about $280 for all the food, expendables, and miscellaneous expenses means it costs in the vicinity of $140 per day for your family of four to partake of the great outdoors.  It may not be kind of money, but let’s not kid ourselves, it ain’t cheap.

As you’re packing up to go home, don’t forget that strange camping corollary to the laws of physics:  camping gear always expands to fill the space available.   Don’t fall for that logical, but misguided, notion that just because you ate like a pig for four days and went through eighty pounds of food, that it will somehow free up some space in the car for the ride home.  The quantum mechanics of camping don’t work that way, and you will still have to squash the leftover hot dog buns to fit them in.  Albert Einstein, who was once asked if he could explain this strange phenomenon, is reported to have said, “How should I know?  Even mathematics has limits.”  Which explains why Einstein always rode a bike when camping, and never brought his own food, preferring instead to mooch off his neighbors.

Here’s a last minute addition to the list:  if you happen to wake up on your last day of camping with little red bumps around your ankles that are really, really itchy, you may not want to wait four days (even as the bumps move up your legs, and start to blister, and ooze a clear, oily substance when you scratch them) before beginning to question if they really are, as you had been assuming, nothing more than particularly powerful mosquito bites.  You may want to consider the possibility a little sooner that maybe they’re not bug bites at all, and might be something like, say, oh, I don’t know, poison ivy, for example.  And when you don’t (because I know you, remember?), at least follow these tips for dealing with it:  cut your fingernails immediately, wash your hands and under your fingernails constantly, shower with dish soap for at least a week and take salt baths in addition to the showers (both help dry out the oil), and buy the biggest jug of Calamine you can find.  Apply liberally (never mind what the conservatives will say – remember what your political science teacher in college told you: a Republican is just someone who’s never had poison ivy) until the sores stop itching, and then stop using the Calamine because they seem to heal more quickly that way (although you have no idea if they really do, you just know that they have mercifully stopped itching).   Better yet, remember the other thing you learned in Cub Scouts:  “Leaves of three, let them be.”

And finally, in order to tie a foolproof square knot, here’s all you need to do: take one end of the rope, and simply twist it up and over - wait, that’s not right.  Okay, you take one end of the rope and bring it around and under, or was that around and over? Just a sec, I have my practice piece of rope right here… Okay, let’s start over.  You take one end of the rope and loop it so it…no, no, that doesn’t look right… Now I’m just psyching myself out.  Stop.  Put everything down. Alright.  Now, take a deep breath.  Good.  Pick up one end of the rope with your right hand.  Good.  Now, with your left hand… I know I’m supposed to do something with my left hand now…  What is it?  Over, under, in, out, up, down?  I can’t remember.  AAARGGHHH!   I just did this a half-hour ago.  What is wrong with this rope?  Wait - is this even my rope?  I bet someone took my good practice rope and replaced it with this defective piece of rope.  How am I supposed to tie a good knot with a bad piece of rope?  Bad rope!  Do you hear me?  You’re a bad, naughty rope!  Should I tell you what I do to bad, naughty ropes?  I tie them like shoelaces, that’s what I do!  Come here, you little….

You know, maybe we should just save the square knot for next year’s list.  A gift, as it were, from this year’s me to next year’s me.  A little something for the annual camper.  It’s something we all know he’ll love:  it’s another one of those gifts that keep on giving.
Posted by Kevin Thorson at 6:41 AM