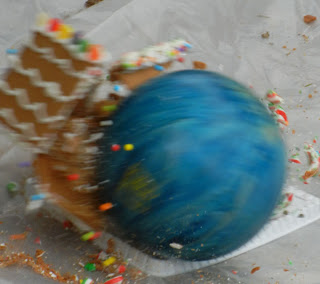 Here at the thunderstrokes home base, we held our 2nd Annual Destructapalooza! celebration just prior to the Super Bowl last Sunday.

Tbf’s of the blog probably remember last year’s event.  Resulting as it did from a moment of sheer inspiration, we never gave it an official name; instead, it was typically referred to as “that thing where we smash the gingerbread houses with the bowling ball.”  If you want, you can read about that first one, and watch some video of it, here.

This year, we gave it a much shorter, ultra-retro-cool moniker, because once you’ve done it two years running, it’s pretty much on its way to becoming an annual tradition, and as such deserves to be officially recognized with its own registered and trademarked name.

Encouraged by the phenomenal response of the ten family members and friends who took part in the festivities last Sunday, we have decided the time has come to turn Destructapalooza! into a mainstream cultural event.   We have a national expansion plan ready to roll out, and have retained a high-profile marketing company to help increase our brand awareness.  If all goes well, by the year 2023 Destructapalooza! will have passed Festivus as ’s 47th favorite annual celebration.

We envision Destructapalooza! as becoming the crowning glory of a new holiday which puts a bold exclamation point at the end of the winter holiday season.  As it stands now, the holidays are just allowed to trail off indeterminately, like an old cat looking for a place where it can quietly die alone.  Everybody is forced to decide on their own when they consider the holidays to be over.  Sure, most people are ready to put the season behind them right around New Year’s Day, but you also have those who wake up on December 26th and strip their homes of all Christmas ornamentation faster than the Grinch stripped Whoville.   And what about those people who refuse to acknowledge any end to the holiday season, and keep their trees up in their living rooms year-round, and turn on their outdoor light displays when they think nobody else is watching?

Destructapalooza! aims to end all the controversy by providing a one nationally-recognized holiday to observe the official end of the holiday season.  Just like Thanksgiving, Christmas and New Year’s, this new holiday would feature feasting, heavy drinking, family squabbles, and sports.  What sets Destructapalooza! apart from other holidays is the fact that the central sporting event is participatory, instead of merely spectatory. 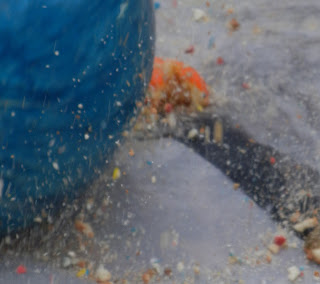 Besides, at this point, what’s one more holiday?

With the destruction of the gingerbread houses, Destructapalooza! marks the passing of another year in a visceral, spiritual, and non-commercial way.  The obliterating force of the bowling ball symbolizes our need to release ourselves from our attachment to the objects and experiences of the past year, thereby opening the door to greater opportunity and creating the space in which to experience the fullness of possibility in the new one.  Indeed, Destructapalooza! is intended, through its metaphorical act of ritualized and completely unnecessary mayhem, to do no less than promote increased goodwill and harmony among all humanity.

To facilitate this end, we are working with a number of vendors and foreign-based products manufacturers.  In the coming months, we hope to be able to offer a complete line of ‘Destructapalooza! ’14’ merchandise for purchase, including official Destructapalooza! gingerbread and gingerbread house building kits, bowling balls, plastic sheeting, garbage cans, barricades, ramps, outdoor playsets, and, of course, a full line of greeting cards.

Because how else would you know that it’s a real holiday?

We should also mention that a wide range of corporate sponsorship opportunities are also currently available for Destructapalooza! ’14 and beyond.

Some people believe that destroying gingerbread houses is wrong for religious, moral, or ethical reasons (such as the commonly heard, but thoroughly ungrounded, complaint that too many gingerbread men, women, children and their various pets will be forced out onto the streets by excessive gingerbread house demolition).  To assuage those fears, we are working on a faux gingerbread house for mass market, made mostly of a graham cracker/saltine mix.  It would be the kind of house that no self-respecting gingerbread person would ever even consider ding-dong-ditching, let alone taking up residence in.  And although we’re not ready to announce anything yet, we also have in development some plans for whole new lines of gingerbread barns, castles, high-rises, and space stations to cover every level of interest and ambition.

So as you can see, we here at thunderstrokes are very excited about Destructapalooza!’s prospects for future prosperity.  But that’s the future; let’s take a look at the highlights from this year’s celebration: 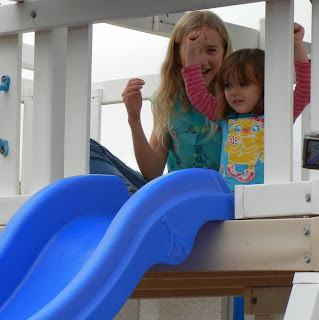 “Deadeye” Maria exemplifies complete ambivalence as she reacts to the obliteration of her gingerbread house. 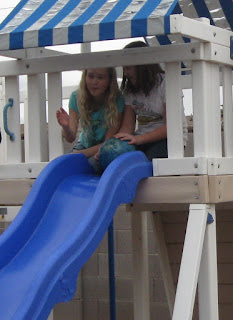 Jessica "The Bowling Menace" takes some last minute advice from Amy, otherwise known as "The Doctor of Destruction." 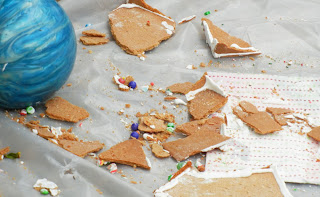 New this year, we added a second round to Destructapalooza!:  the bowling ball drop.  It was a smashing success, according to the several people in attendance. 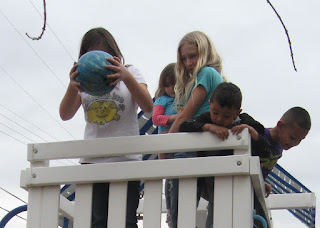 Here, "The Bowling Menace" lines up the ball with the target below, while the crowd looks on with something like bated breath. 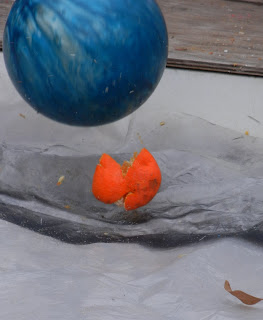 Things started getting out of hand after we ran out of gingerbread to smash.  Someone suggested smashing tangerines instead, and that's when the pulp started hitting the fan. I think we're all still picking seeds and other stuff out of our hair.  It did provide the highlight of the event, though, when a big chunk of tangerine went flying, and nearly knocked three girls off the hammock as they all lunged out of the way.  Still, the whole experience serves as a good reminder of the importance of crowd control at events like this.

We’d like to thank the Met blimp for providing aerial coverage of Destructapalooza! ’13. Even though they were only here for the Phoenix Open golf tournament in Scottsdale, they did fly directly overhead, and who knows, maybe they inadvertently broadcast us for a moment or two.

Destructapalooza! ’14 - Where breakin’ ‘em is more fun than makin’ ‘em.

Posted by Kevin Thorson at 2:47 PM