What themes may come... 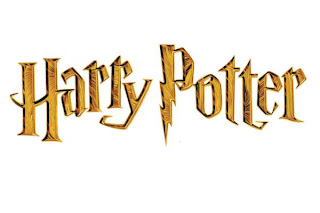 As friends of the blog know, my older daughter Jessica and I have recently begun to read the Harry Potter series.  Yes, I know, as impossible as it sounds, we hadn’t read any of the books or seen any of the movies until the last few months.  The main reason is that my daughter is easily frightened, which is both blessing and curse.  So far, it’s been mostly curse, because it’s severely limited the rides she’s willing to go on at , in addition to the movies she’s willing to see with me, but I fully expect it to become a blessing once boys start entering the equation.  In anticipation of that day, I’ve done my best to make dating sound really scary so far: 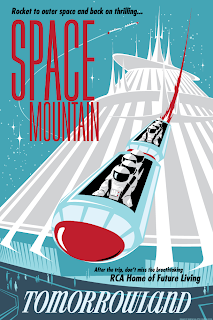 Me:  Yes.  Listen to me.  Going on a date with a boy is scarier than all the mountains in Disneyland put together, even if you had Freddy Krueger sitting next to you, and Leatherface and Jason behind you, and the ride broke down, and you were all alone, stuck there for hours; well, it wouldn’t be for hours…

Jessica:  Who are they, Dad?
Me:  Who?
Jessica:  Freddy Krueger, and Jason, and the other one you said.
Me:  They’re all boys, sweetie.  Exactly the kind of people you don’t want to know.

After reading the first two books of the Harry Potter series individually, we’re reading The Prisoner of Azkaban together.  It’s been a blast, ‘cause I get to use my reading voice, which I honed during my teaching years to the point where I kind of enjoy reading out loud.  In addition, I can monitor Jessica’s reactions to things and get a sense of what she finds funny, exciting, surprising and scary (which might come in handy someday).  Plus, it gives us something to talk about, which I think is going to become more and more difficult as time goes by, judging by my own experiences growing up.

Because of our new-found interest in Harry Potter, a few days ago we checked out the Universal Studios website to see what the Wizarding World of Harry Potter looks like.  Shortly after that, I read a news story announcing that Disney and James Cameron have agreed to build some kind of theme park experience based on the blockbuster Avatar.

That got me thinking.  What movies would I want to see turned into a theme park? 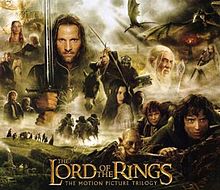 How about a Charlie and the Chocolate Factory theme park?  Or Chronicles of Narnia?  Wizard of Oz?  ?  I know would kill to have a Jane Austen theme park.  Jessica suggested a Greek mythology theme park, which I thought was an awesome idea.

But there is one obvious candidate that rises above all others in my mind...

At some point, there has to be a Star Wars theme park, doesn’t there?  My God, Lucas has marketed the crap out of every other category of movie tie-ins, and probably even invented a few new ones to exploit.  Why not a theme park?  Please, don’t try to tell me that one measly Disney flight simulator ride is enough to even sufficiently scratch the surface of the Star Wars universe. 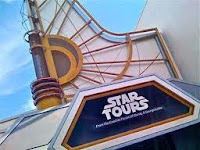 If ever there was a work of the imagination that begged, yearned, yes, even demanded to be brought to ultimate theme park reality, this is it.

Do you know how many Clone Troopers and Jedi Knights I saw wandering the streets at Halloween this year?  I don’t either, but it was a bunch.  I’m sure you saw some too.  This is 2011, thirty-four years after the first movie came out.  I’ve played through the Lego Star Wars video games with my older daughter, and my other daughter has already developed a love/hate relationship with Darth Vader, not to mention wanting to dress up as a stormtrooper this year, and she’s not even three years old.  The Star Wars story taps into something eternal and archetypal in human nature, just as surely as any fairy tale does. And no one here needs reminding that the Disney empire (no pun intended) was itself founded upon fairy tales.

With the continuing advances in the realms of 3D, CGI, and virtual reality, I think it will soon be possible to construct a new kind of theme park that utilizes these technologies to bring many worlds to life in a much more cost effective manner than physically having to build them.  I just don’t want to be 73 years old when I finally get to wander the dusty streets of Mos Eisley, evading stormtroopers and looking for docking bay 94.

Just for giggles, I googled “star wars theme park.” Not surprisingly, I discovered that I am not alone in my passion for this idea.  There is a whole subset of Star Wars nuts out there who have already devoted a great deal of time and thought to the concept, and to imagining what such a place might look like, and what it might contain.  Most of these, while well-intentioned and energetic, clearly lack in the areas of engineering and logistical feasibility; they are dreams, and as such are under no obligation to conform to the demands of reality.  But I did find one, created by a passionate French or French Canadian fan (the site is in English and French, with some of the English getting a little lost in translation), which intrigued me because of its attention to detail and its imaginative scope.

Oddly, I had never given much thought to specifically what a Star Wars theme park would or should look like; however, thanks to this blog called Star Wars Resort, I don’t have to.  It represents a more thoughtful, more creative and complete vision of a Star Wars theme park than I probably could have come up with had I tried.   It is based on a conventional theme park model (with attractions, rides, shows, shops, restaurants, lodging, etc.) a la , using existing technology.  And it makes you realize that there’s no reason why there couldn’t be a Star Wars theme park right now, and how exciting and kick-butt it could be.  Lucas could do a lot worse than to use the Star Wars Resort blog as a conceptual blueprint.

As a recovering member of SWA’s (Star Wars Anonymous’) twelve step program (yes, George Lucas, you finally convinced me it was time to stop obsessing), I can tell you that it’s a great place to go when you’re ready for a relapse.

I’d describe the contents in more detail, but honestly, this compendium of hypothetical contemplation deserves to be perused and enjoyed on its own.  Go ahead, give it a click; I’ll leave the ol’ moisture farm’s porch light droid on while you’re gone…

Now that you’re back, what theme park would you love to see become a reality?  Let’s not limit ourselves.  Is there a movie, book, TV series, video game, or other creation of the imagination that you would be willing to pay prices to spend a day or more?

By the way, a one-day ticket to is currently $105 (park hopper Disneyland/California Adventure).

With that in mind, what theme parks of your dreams would be worth that price of admission?