Note: this article has been updated with links to other sites with more examples of Mr. McQuarrie's work. 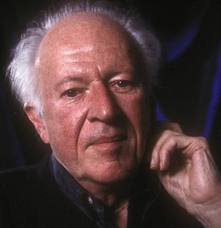 Ralph McQuarrie died on March 3rd at the age of 82.

Not sure who Ralph McQuarrie is?  Ask your resident Star Wars nut; if they’re worth their weight in Wookiees, they’ll know.

Don’t know a Star Wars nut?  C’mon, really?  Not to worry; I’ll be happy to play the part.

Mr. McQuarrie was a Korean War veteran from who attended the in LA.  After cutting his teeth drawing dental instruments and, well, teeth for a dentistry firm, he did technical illustrations for Boeing, and later, worked on animations used in CBS’s coverage of the Apollo moon missions.  Some mutual friends introduced him to George Lucas in 1974 as he was pitching his sci-fi film project Star Wars.

The story goes that Lucas was having trouble selling his movie proposal to the studios.  He had been shot down by United Artists and Universal because he hadn’t been able to adequately communicate his radical vision of a new space epic.  The green-light executives he needed to convince couldn’t, or wouldn’t, buy the Star Wars that Lucas was trying to describe verbally.  Lucas asked McQuarrie to create some conceptual illustrations that would help the studios visualize the galaxy far, far away of George’s imagination. 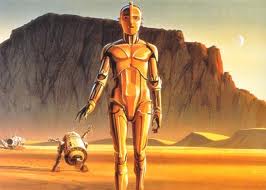 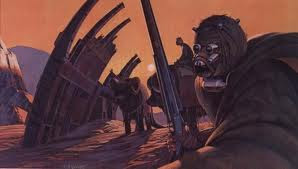 The amazing images McQuarrie produced helped secure the support of 20th Century Fox’s Alan Ladd, Jr., and the rest, so they like to say, is history.  It’s entirely possible that without McQuarrie’s stylized depictions of Lucas’ fantasy, the movies might not have been made at all. 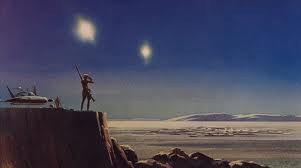 Lucas was lucky enough, or smart enough, to recognize that McQuarrie was uniquely capable of bringing the Star Wars universe into visual existence.  Working from notes and discussions, McQuarrie created original designs and illustrations for what would become a seemingly endless array of film, and cultural, icons.  Stormtroopers, Chewbacca, the Millennium Falcon, the droids R2-D2 and C-3PO, Sandpeople, Darth Vader, X-wings, Y-wings, TIE fighters, Tatooine, the Death Star, all were summoned into view by the hands of the talented artist.

The same artwork that helped Lucas sell the idea of the film to the studios thankfully served as the touchstone for the design and production teams as they transformed Star Wars from script to screen. 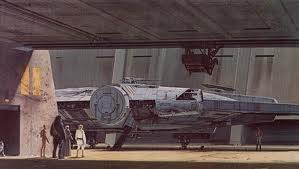 Lucas himself has acknowledged the immense value McQuarrie’s work had in constructing the look and feel of the Star Wars universe.  "When words could not convey my ideas, I could always point to one of Ralph's fabulous illustrations and say, 'Do it like this.'” McQuarrie’s illustrations were so influential that some of them were recreated as practically identical shots in the movie, making the paintings seem more like stills from the film than conceptual artwork made before the fact.  As someone who knows just enough about movies and filmmaking to be dangerous, that blows my mind.

So, how much credit does Ralph McQuarrie deserve for the success of Star Wars?  It’s a tempting question to ask, but an impossible one to answer.  It’s probably safe to say that it’s more than he’s been given by the public at large, but such is the fate of those who don’t appear directly in front of, or behind, the camera.  For hardcore film fans, we feel a certain compulsion to correctly distribute the laurels.  The more we love a movie, the more important it becomes to ensure we are passing out our praises justly, and not overlooking those whose contributions were less obvious.  Even as I write this, I keep returning to the same question.  How much of Star Wars is Ralph, and how much is George?  It’s a foolish question.  If I ask that, I also have to ask how much is Stuart (Freeborn – makeup/creatures), John (Dykstra – special effects), Ben (Burtt – sound effects), John (Williams – score), Mark (Hamill)?  Ultimately there is no way to parse out the credit fairly.  Film is by far the most collaborative of popular art forms.  Can you truly ever totally isolate the actor from the director, the production designer from the editor, the costuming from the lighting?  The individual lines intersect, and overlap, and blend with each other.  Hundreds of people pour their creativity, passion, craftsmanship, and artistry into the making of a film, only to see the director get the accolades, or the writer, or the actor.  Instead of measuring the proper credit due to each individual, we should instead rejoice that they were all there, that they all put their hearts and hands into the project; it took all of them (and many, many more) to bring the Star Wars we saw in 1977 to the audience. 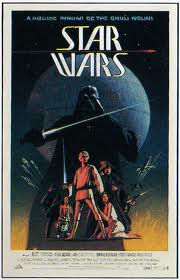 Ralph McQuarrie may not be the name most casual fans dwell on when they discuss the Star Wars universe, or revel in the details of its look and design.  But he deserves to be remembered as a creative visionary for the work he’s done.  I believe McQuarrie’s contribution was integral to the impact the film had on at least one ten-year-old boy in particular, who was nailed to his seat from the first frame in a way that no film has done before or since, awed by the immensity of the experience and immersed in the incredible specificity of the vision.  By the time that kid entered the painful sunlight of the parking lot on a magical Saturday afternoon, he was truly a changed person.  Without the richness, integrity and consistency of the visual elements, I don’t think the film would have hit him quite so hard, or in quite the same way, and it might have missed its mark entirely.  What a shame for me that would have been. 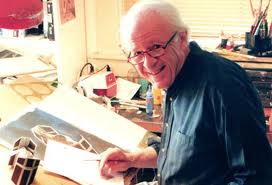 So thanks, Mr. McQuarrie.   Thank you for your part in enriching my imagination and inspiring my creative life.

You may claim your Jannie now, sir.

Here are a few links if you'd like to know more about Ralph McQuarrie's work, which was far more extensive than Star Wars:

Ralph McQuarrie's website has information on his career and creative efforts.  Disappointingly, however, examples of his art on the site are represented by mere thumbnails which cannot be opened to see a larger image.  Perhaps this is fine for Jawas, but it's not conducive for human viewing.  So, for better examples of his art, I found a few alternative sites:

Kotaku has a nice tribute, along with a slideshow of good images.